Lets get on and get over!

What is with ALL of these National Final songs coming out!?

But these selections aren't until late February or March?

I mean, last year was bad enough. Digging through 10 selections in one weekend and me having to say Adio to all of them except for Melodifestivalen (I'm not missing Melfest for any Eurosong out there!) and having to either:
- watch the shows after NF season is done, or
- giving up the ghost and moving on with my life

At least 2018 has Saara Alto and many of the songs are released much earlier so at least I'll have the courtesy of a a deep sigh.

Click the links below for all of the Eurovision NF songs out already:

And HERE (https://m.youtube.com/playlist?list=PL_0sq0JIyRW30Rl05CizSrN4hVOY0HXuUis ) our first selection from Albania done with the winning song, which is a legit soft rock song that's somewhere anthemic. Woah-ohhhahhoahh-ahhh-ohhh! (At 3:44 )

So The Netherlands has picked their Junior Eurovision song by the latest girl group in Dutch pop music called Kisses with their song - Kisses And Dancin.

Sadly, we have only a snippet but it's enough to show you the cute and catchy potential Kisses can provide.


I personally love this song. The first play of it made my smile lines touch my eyelashes... I was grinning that hard! I'd love to see the performance!
Posted by Unknown at 8:57 AM No comments:

Wonder Girls - Why So Lonely 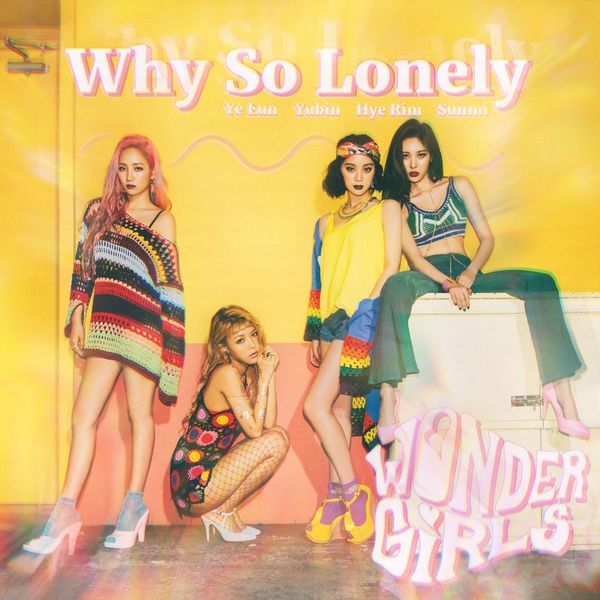 Good: Strong Ska vibes (why is everyone saying Reggae?) with emotional, sympathetic but fun lyrics to match.

Bad: Somewhat bland. Artistry was taken into consideration - this is a JYP production after all - but it's what you'd expect from a Cocella or SXSW kind of album track song only the diehard fans will appreciate. Wonder Girls has a STRONG fanbase but lets hope there's enough to carry this song to being show champions on the music variety shows. A good song but one that might fly over the average kpop fan's head.

The UGLY - Yubin's rap. Lol Love you girl. But Sunmi could've done that. It doesn't stand out enough and lacks identity. You're in The Wonder Girls and not SNSD...

Oh please, think of the children!

Junior Eurovision Drama has BEGUN! Slovenia dropped out, no more televoting and other format changes, Russian NS held in Crimera...

And Albania hasn't even choosen their song yet... :o

Posted by Unknown at 3:58 PM No comments:

First, I want to congratulate Jamala from Ukraine, Dami Im from Australia, and (my fav) Sergey Lazarev from Russia for beasting ESC this year and wrecking my feels.

Now to me fussing about nothing...

I had to use a VPN and watch the BBC One commentary of Garham Norton (who is amazing). Now, I gotta use a VPN again just to watch clips on YouTube? Ugh. I'll telling my buddies not to watch the LOGO stream next year. All new fans can have the wonky LOGO stream that would completely freeze and I'd have to refresh the page every 10-15mins! What?

I guess since I had a slow stream I had a hard time but I was still able to watch on Eurovision.tv and on YouTube last year with that slow internet.

Folks! Forget this petition and download a VPN Extension on Chome store or Firefox and watch on Eurovision.tv and YouTube next year. Viacom is gonna pull new ppl anyway and the Eurofans don't matter at this point. Viacom is old fashioned and out of touch with what the other broadcasters around the world are doing. Accept this and move on, people!

Posted by Unknown at 9:21 PM No comments:

Top Worst Things About Watching Eurovision on the BBC

1. Graham Norton casting shade on the artists and countries you like.

2. You miss out on an song or two (or a whole interval act in 2012 final) because of licensing fees... EVERY YEAR!

3. The BBC forcing the commentators to talk over the hosts even though they're both speaking in English and saying the same thing. UGH!

4. When the livestream is choppy because everyone is watching the same thing online.

5. Finding a site or downloading a VPN to watch the livestream because you don't live in the UK.

6. Graham Norton or Scott Mills mispronouncing the names or songs and you know they knew better.

I have all love for them honestly. Especially Graham Norton so no foul.

Posted by Unknown at 8:26 AM No comments:

JESSICA - Love Me The Same REVIEW

Bad: It's americanized pop trying to do kpop and sounds like a mess. How the natural sounds of a the bass guitar and drums and snare start to clash with the synth music ruins it from being a good song. What's with the dancers though. Hope she's not doing her Comeback Stage with cheap modern ballet dancers looking like rich chicks pulled from yoga class in New York City who happened to have a little free time. Talk about convenient timing! g

Good: It's emotional and it's Jessica Jung from SNSD (Girls Generation) so all their fans in America will be swarming to her. The MV tales a story of a woman and her plant and how, with a little TLC, her cactus plant grew into something bigger than itself. I like how playful and carefree Jessica was in the video and how she didn't use Aegeyo to be cute. (I like aegeyo but some groups overuse it and it looks cartoonish... Who am I kidding!?)

Ugly: Love and care didn't make that plant grow. Steroids! She took a nap (not sleep, nap) and there's a jungle in her house! Madness!

Or Jessica's aegeyo game is that good. She makes all they guys swoon - even the gay ones! SM Ent. taught her well.

Posted by Unknown at 8:24 AM No comments: